Proven services to help people tackle severe mental health challenges will likely have to close in June 2023 because the Commonwealth Government has not renewed funding.

Across Australia, the Commonwealth Psychosocial Support Program (CPSP) provided $171.3 million over two years as part of the National Mental Health and Suicide Prevention Plan. But this funding ends in June 2023, and the Commonwealth Government has given no indication that it will be renewed.

“Services funded under the CPSP provide vital recovery-oriented, person-led and personalised support to people living with more severe and complex mental health issues who do not receive support from the NDIS,” said Corinne Dobson, Acting CEO of the Mental Health Community Coalition ACT.

“There are already insufficient psychosocial support services to meet community demand. It is inconceivable that funding for such a critical program would not continue given its impact on individuals, families and communities across the country.”

One CPSP-funded program in the ACT supported more than 300 Canberrans over the last year. Run by Woden Community Service, the New Path program has already had to turn away people in need because its waiting list is over two months long, and it would be unsafe for some people living with severe mental health challenges to wait so long.

“We will likely have to close New Path if this Commonwealth funding is not reinstated, as well as two related services, all aiming to reduce the crisis-drive use of the health system,” said Pam Boyer, Director of Mental Health and Aged Care at Woden Community Service.

Woden Community Service is one of two organisations running CPSP-funded services in the ACT, which received a total of $820,000 a year. That compares to the ACT Government spending $61,468,000 on specialised psychiatric units or wards in public acute hospitals in 2019–20.

“More funding for psychosocial support programs would reduce the number of people who need to go to hospital and receive acute treatment,” Ms Dobson said.

By providing early intervention, these programs also increase the likelihood and speed of recovery from mental health challenges.

“This funding is a drop in the bucket for a Commonwealth budget, but a potentially life-saving program for people with severe mental health challenges,” Ms Dobson said.

“We need a clear commitment as soon as possible from the Federal Government that they will be continuing this funding in the May 2023 Budget.”

MHCC ACT is the peak body for community-managed mental health services in the ACT. Find out more about MHCC ACT at www.mhccact.org.au. 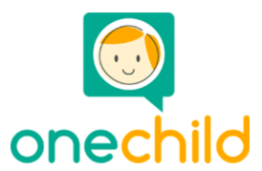