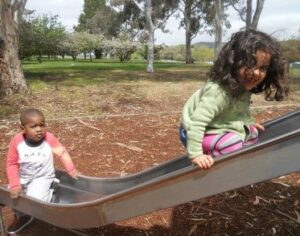 Woden Valley was established in 1962, including the suburbs of Hughes and Curtin. Many of the surrounding suburbs had been gazetted and were being developed by 1966, with the view to house up to 90,000 people. The suburbs were largely green field sites backing onto farming land. By 1969 the Woden Town Centre was under construction, opening in 1972. There was one shop in Curtin, very little public transport and virtually no services as young families began moving into the area.

In the late 1960s, the Reverend Geoff Bridges and some parishioners talked about the unhappiness and needs they were seeing in the new suburbs of Torres, Pearce, Mawson and Farrer. This led to the first minuted meeting, in May 1969. to consider the formation of a “community aid service” in South Woden. Ten people gathered and noted:

By July 1969 the name Woden Community Service (WCS) was proposed. In October 1969 a steering committee was established and three people began a referral service taking calls on their home phones.

WCS quickly grew. By the end of 1972, WCS moved out of living rooms and into Torrens Hall. Playgroups, a second-hand clothes store (the Nearly New Shop), transport services and counselling services were quickly established. All of this was driven and run by volunteers.

In 1973 a part-time staff member, Sue Chivers, began working alongside the many volunteers.

In 1974 WCS purchased a copying machine and made it available to the community.

By 1975 Family Day Care was established and activities for elderly people were arranged. This year also saw the legal incorporation of Woden Community Service.

In 1976 the first after school care program began.

In April 1976, the Department of Capital Territory offered WCS the new child care centre being built in Corinna St, Phillip. Previously, this had been intended to be government-run, but government policy had moved away from this role. WCS moved into the new Centre in August/September 1976.

WCS began offering employment in earnest in October 1976, although still relying heavily on volunteers and fundraising for operations. 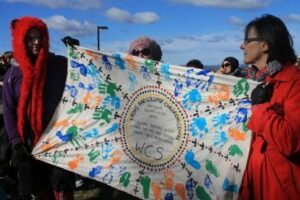 In 1978 Dianne Proctor was appointed as the first paid, full-time Director. Since then, WCS has been led by: